In an age defined by the rapid transmission and receipt of information, scientists may very well have discovered a method which is superior to current wireless Internet connections. Dubbed “Li-Fi”, this type of service involves utilising the visible spectrum of light to transmit data between two points. All that is necessary is a source of light (such as an LED bulb), a photon detector and an existing Internet connection. An Estonian start-up firm known as Velmenni recently performed in-house tests which showed that transmission rates of up to one gigabyte per second are possible. This is drastically more than current Wi-Fi speeds. 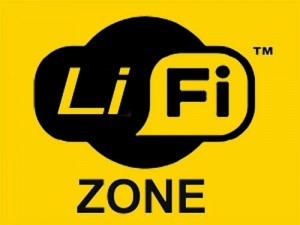 The initial speed of a single gigabyte per second is apparently only the beginning. It is claimed that data transfer rates of up to an unbelievable 224 gigabytes per second may be possible. It should also be mentioned that the light sources used could provide an energy-efficient “smart” solution within offices and other places of business. Chief Executive Officer of Velmenni Deepak Solanki went on to claim that LiFi may be available to average businesses within only a few years.

The Wave of the Future?

The term Li-Fi was first mentioned by Professor Harald Haas in 2011 and since then, his online presentation has enjoyed more than two million views. Some scientists envision a future world that would be able to provide Li-Fi “hot spots” through the use of countless LED (or even incandescent) bulbs. One of the advantages of this system is that the spectrum of visible light is some 10,000 times greater than the current bandwidth in regards to radio waves. A vast amount of data could be shared and as the “bits” are individual photons, there is little worry about limited space.

Many developers have observed that Li-Fi does not exhibit the same interference patterns as are associated with Wi-Fi networks. This could enable Li-Fi to be applied within areas that contain sensitive electronic equipment such as aeroplanes.

It should nonetheless be pointed out that Li-Fi is not without its disadvantages. For instance, the current technology would be interrupted by other sources of light (such as the sun). Outdoor use may not be possible. Unlike radio waves, these light sources will not be able to travel through walls and other solid objects. This will make the initial implementation somewhat limited; perhaps used within closed office environments or in wireless-free zones such as hospitals.

Li-Fi is an interesting concept that is now gaining a significant amount of recognition throughout the scientific community. The coming years should make it clear as to whether or not this novel form of data transmission will become a reality.